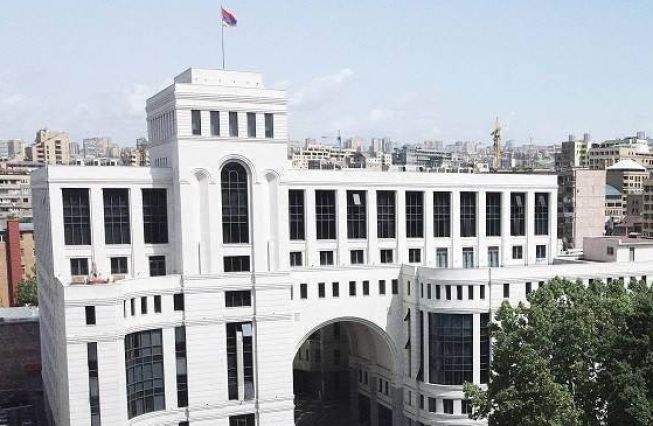 34 years ago, on February 27-29, with the organization of the Soviet Azerbaijani authorities and the connivance of law enforcement, the massacres of the Armenian population in the city of Sumgait were carried out, resulting in the killing of hundreds of Armenians, including women, children, elderly, and forcible displacement of thousands.

Mass killings and tortures against the Armenians, that were aimed at forcibly suppressing the democratic expression of will of the Armenian of Artsakh and the exercise of their inalienable right to self-determination on the basis of existing legal mechanisms, later continued in Baku, Kirovabad, and other settlements of Azerbaijan with Armenian population. Azerbaijan responded to the expression of the will of the people of Nagorno-Karabakh to free and secure life in their homeland by carrying out a policy of collective punishment against Armenians, which later turned into full-scale war unleashed against the people of Nagorno-Karabakh.

The massacres of Armenians in Sumgait received a wide international response. A relevant condemning resolution was adopted by the European Parliament.

In continuation of the same policy, the Azerbaijani armed forces carried out a complete ethnic cleansing of all Armenian settlements fallen under their control during the aggression against Artsakh on September 27, 2020, taking cruel revenge on many detained civilians, prisoners of war, destroying, vandalizing Armenian cultural and religious monuments and sanctuaries.

The decision of the UN International Court of Justice on the application of provisional measures within the framework of the “International Convention on the Elimination of All Forms of Racial Discrimination” issued on December 7, 2021, demonstrated the fact that more than three decades after the Sumgait atrocities Azerbaijan continues its policy of racial hatred towards Armenians and the destruction of the Armenian cultural heritage.

Today, we pay tribute to the memory of the innocent victims of the mass atrocities in Sumgait and other settlements, and emphasize that Armenophobia and the threat of use of force remain Azerbaijan's state policy, which clearly contradicts the regional and international efforts aimed at a peaceful, developing and sustainable region.