The first records of Armenian-Ethiopian relations trace back to Movses Khorenatsi’s (Armenian historian) testimonies. The relations strengthened after the Council of Chalcedon in 451 when the Ethiopian Orthodox Church, as well as the Armenian, Assyrian and Coptic Churches rejected the decisions imposed by the Byzantine Church. The common faith also played an important role in the strengthening of Armenian-Ethiopian relations.

The Armenian community was formed in the 7th century when many Armenians escaped the Arabian persecutions from Syria, Palestine and Egypt, immigrated to Ethiopia and settled in modern-day Desie city and built the St. Stepanos Monastery. Throughout time, many Armenians centralized and even formed their own weapons. In the Habesh chronicles, it is known as “Armenian Island”, which saw a downfall in the 16th century and the Armenians were forced to leave for other residential areas in Habeshstan to avoid forceful change of religion.

Armenians have played a huge role in the preservation of the Ethiopian Church’s cultural traditions, literature and economic development. In the 16th century, Armenian clergymen established schools and monasteries in the country, as well as translated the life of Saint Gregory the Illuminator, orations and other works. In 1539, by the order of King  Libna Dingel, Ethiopia made the transition to the Armenian calendar. Armenian traders imported metals, lead, silk, cotton, glass, paints, cars to Ethiopia and exported wax, ivory, skin, coffee and more. Since the 19th century, the Armenians have supplied the army with artillery and other arms. An Armenian businessman is currently the owner of a large and most well-known rug store. 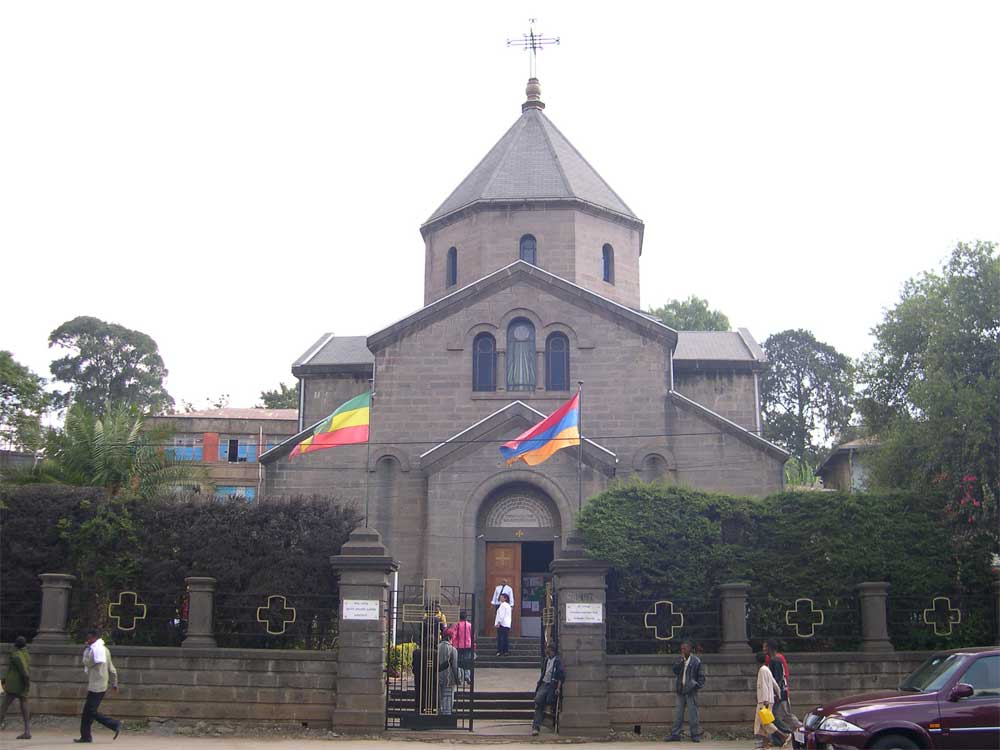 In 1956, there were nearly 940 Armenians living in Ethiopia and most of them had a considerable impact on the country’s commerce and industry. However, after the 1973 revolution, Ethiopia entered a process of nationalization and many Armenians left the country.

There are spiritual pastors of the Armenian Holy Apostolic Church in Ethiopia and they are a part of Egypt’s diocese (the center is St. Gevorg Church in Addis Ababa).

The Gevorgov Armenian Seminary operates there and has a kindergarten.

According to recent data, there are nearly 80 Armenians living in Addis Ababa.